Incredible year for bluefin tuna – A retrospective for 2020

By Chick CiccarelliMay 11, 2021No Comments 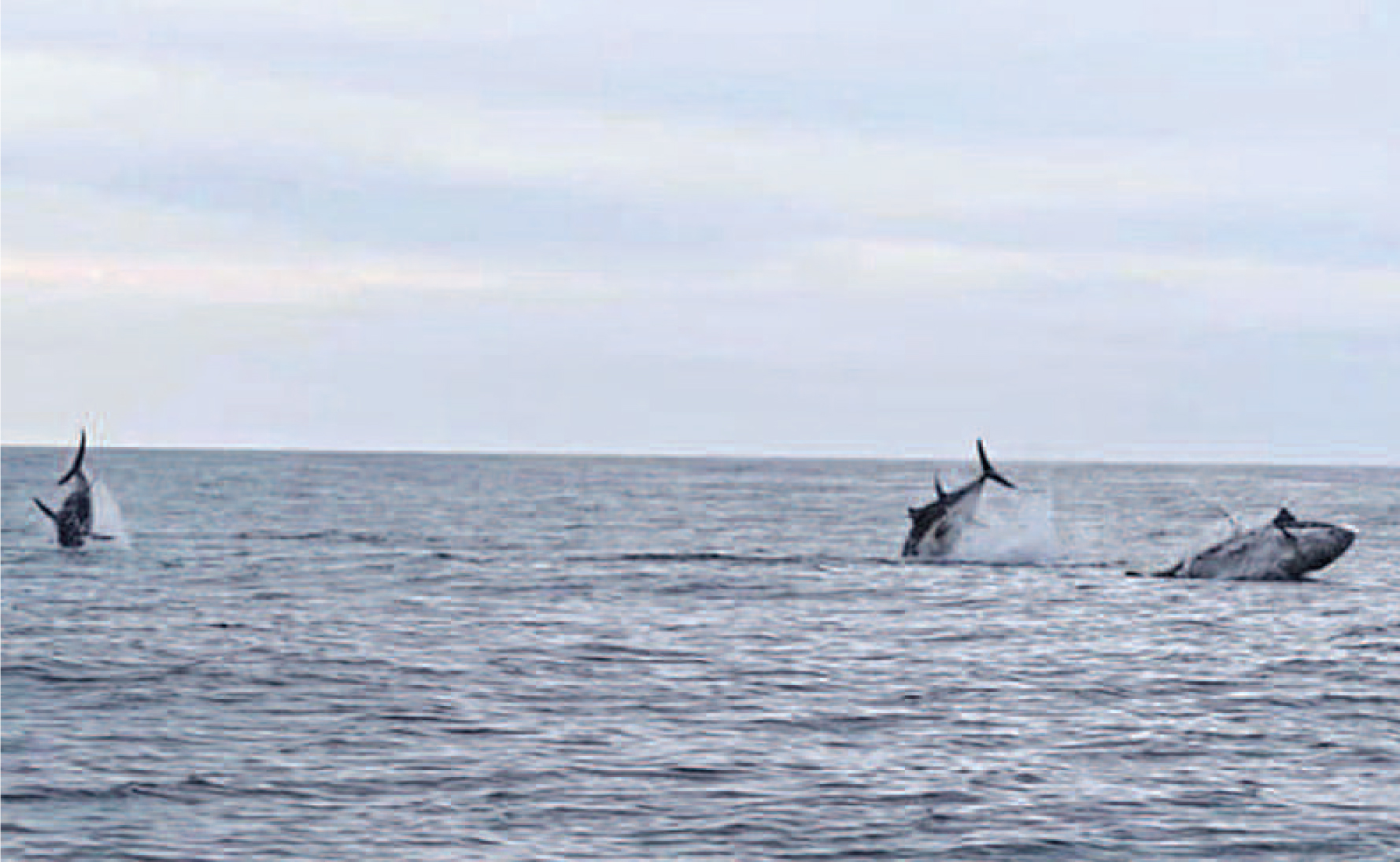 With major contributions by Owyn Snodgrass — NOAA Fisheries Biologist, Theresa Labriola — Wild Oceans BFT Conservation Advocate and Tim Ekstrom, co-owner and Captain of Royal Star Author’s note: A couple months back, I called Editor Blake Warren at Western Outdoor News and brought up the idea that Pacific bluefin tuna may be spawning more locally in the Eastern Pacific as the numbers are so abundant, there are multiple- year classes of fish, and the populations have been building every year. Neither of us came up with a definitive answer but he thought it was a great question and he asked me to write an article for WON. So I reached out to two scientists at NOAA and Wild Oceans, respectively, who specialize in the Pacific bluefin tuna, along with Captain Tim Ekstrom, whose Royal Star is out every day during the season catching these fish. My perspective is that of a recreational angler and charter master. I’ll go first. LARRY BROWN, CHARTER MASTER AND RECREATIONAL ANGLER Anglers on every one of my nine long-range charters in 2020 were treated to oceanic scenes worthy of any National Geographic documentary. Massive schools of bluefin tuna for miles and miles exploding on huge schools of baitfish were commonplace…. 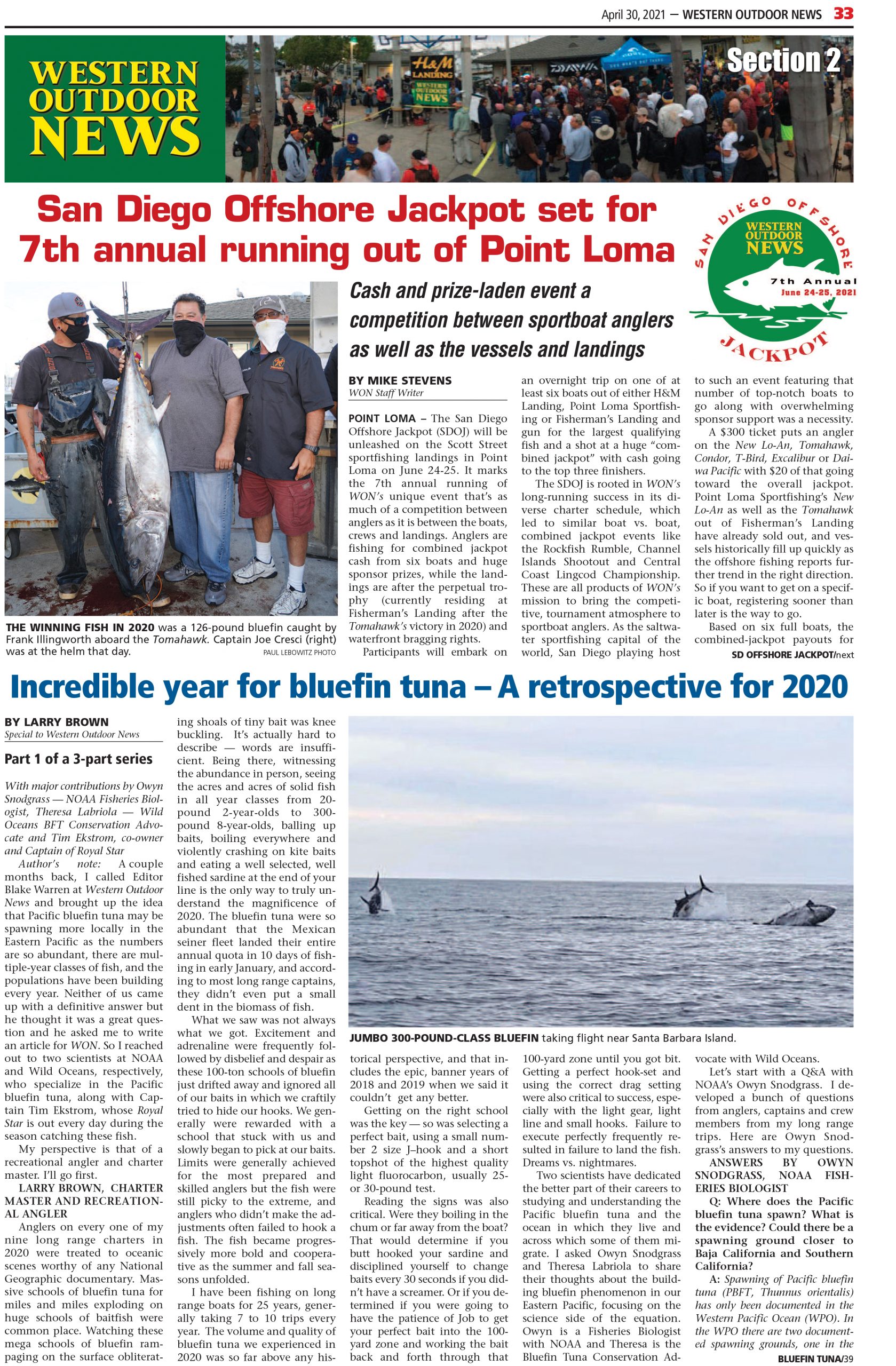