By Chick CiccarelliJuly 7, 2019No Comments 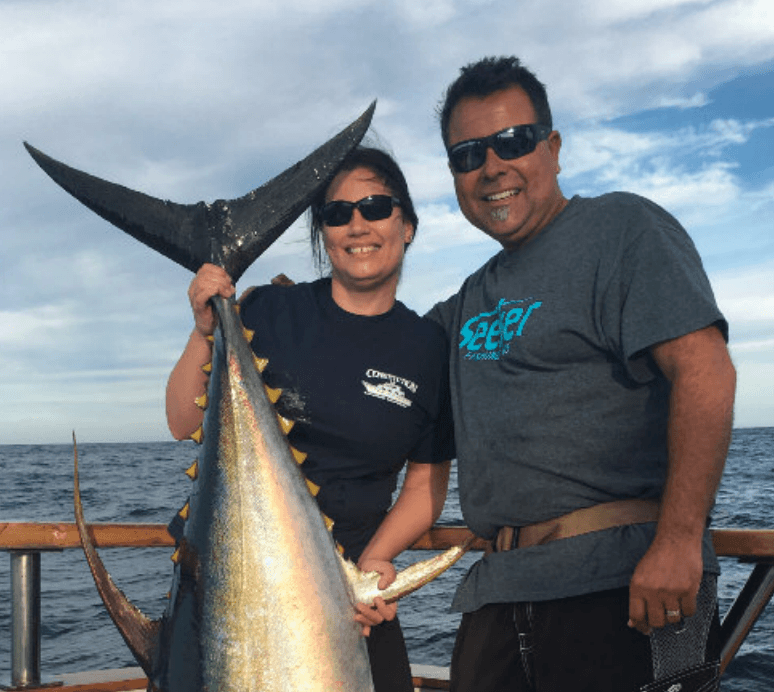 Keith Denette grew up fishing sport boats out of Port Hueneme, CA. His first deckhand position was at 12 years old onboard the Ellie M with Capt Bob Levy. He met his wife Nicole when she was 15 and he was 16. They purchased Dock Ski’s gangion business when he was 17 years old. They supplied all the landings and retailers for many years. From 12 to 19 he worked on the Sea Watch, Estrella, Ellie M, New Bluefin, Morning Star and the China Clipper. At 19 years old he received his Captains License. At that point he was offered a very good position to run a handful of yachts and participated in a few marlin tournaments. They purchased their first home with Marlin tournament winnings from Catalina Island. They have two wonderful children, Hunter & Isabella. After 15 years of running private yachts they chose to purchase the Morning Star, their first sport boat. After 6 months of renovation they named her the Maximus. He took the Maximus to Puerto Vallarta where they started an ultra limited load giant yellowfin tuna fishery fishing the areas where most boats didn’t venture to. After 10 years fishing the pristine waters of Puerto Vallarta they chose to purchase the 75’ Constitution. She a sleek, beautiful fiberglass vessel. Recently they purchased another sport boat. “The Poseidon, a 75’ Knight & Carver, which their son Hunter is the captain of. Keith had his eye on her for many years and hoped someday they could own this vessel. Nicole still answers the phone and handles all the reservations. It’s a true family operation.